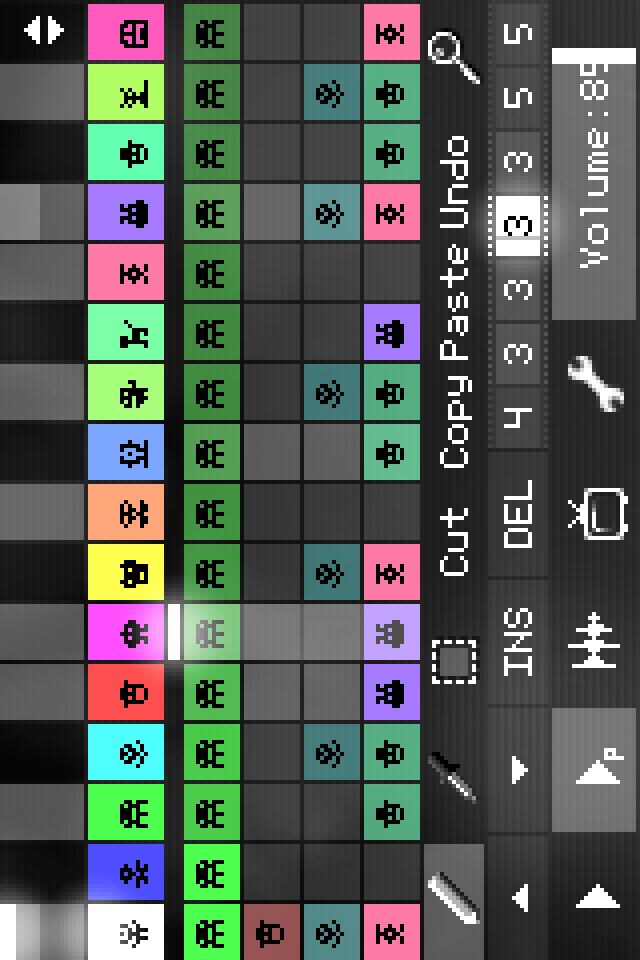 [ Key features ]
• true 1-bit sound: only 1 and 0 in the final mix;
• pattern-based sequencer (tracker);
• several packs with unique sounds;
• sound recorder (from microphone or line-in);
• MIDI keyboard support;
• WAV export/import;
• export to XM - this file can be loaded by any modern music tracker/player (for example, SunVox);
• iTunes File Sharing, Wi-Fi Export/Import, audio copy/paste;
• Audiobus and IAA support;
• PixiTracker is also available for other systems (see the site);
• PixiTracker player is open source, so you can freely use it in your own Pixilang applications.

Other iOS Applications by Alexander Zolotov (6)

Nature - Oscillator
Tools / AnalysisAlexander Zolotov
The world around us is an endless source of visual information, the flow of the fractal code of life. "Nature - Oscillator" is one of the attempts to translate...
PhonoPaper
Tools / AnalysisAlexander Zolotov
PhonoPaper is a camera app for playing pictures with encoded sound (PhonoPaper-codes). With this app, you can also create your own codes: 10 seconds of sound can...
PixelWave
Instruments / SynthesizersAlexander Zolotov
PixelWave is an experimental wavetable synth with old school pixel interface. Key features: • it is possible to draw waveform and play it at the same time; •...
PixiTracker
Portable Studio / MultiTracksAlexander Zolotov
No time to delve into the big and serious music apps? PixiTracker is what you need! It is a simple and fun tool to quickly create musical sketches, chiptunes and...
SpectrumGen
Instruments / SynthesizersAlexander Zolotov
SpectrumGen is a spectral synthesizer with a minimalistic pixel interface. It's a bit like the PixelWave, but now you can draw the spectrum of sound! Key...
SunVox
Portable Studio / MultiTracksAlexander Zolotov
SunVox is one of the most powerful music creation tools for iOS. It is a small and fast cross-platform modular synthesizer with pattern based sequencer...